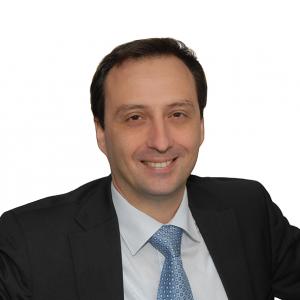 Athanasios Potsis was born at Mainz – Germany, on 1974.

Dr. Potsis has worked at German Aerospace Centre (DLR), Institute of Radar Systems, from 1998 to 2001 as a Member of Scientific Staff in the Digital Signal Processing Department and he was involved in the fields of Radar electronics, Radar signal processing and Electronic Warfare Systems. He has worked at AIRBUS from 2001 to 2003 as external technical consultant. He has worked for INTRACOM Defense Electronics from September of 2003 up to September of 2006 as Product Marketing Engineer.

Since September 2006, Dr. Potsis holds the position of Senior Manager- Offsets & Industrial Cooperation, in the Aerospace Ventures Group where he is responsible for the development of new business opportunities for Industrial cooperation through indirect offsets in Global scale. Since 2006 Dr. Potsis is providing consulting services to several Governments all over the world (including: Greece, Finland, Portugal, India, Israel & Indonesia) supporting local Aerospace & Defence Industry to utilize offset market.

Since 2006 he gives lectures at the Hellenic Air Force School of war as well as to the Supreme National School of War.